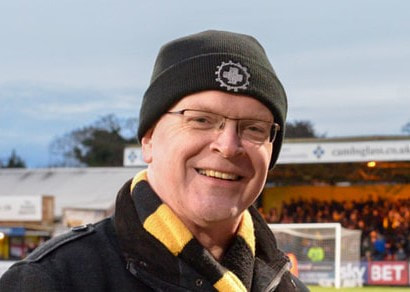 It’s unlikely that anyone has loved Cambridge United more than Andrew Bennett. It’s certain that no one did more to preserve the club’s history, or to communicate it more completely and entertainingly.

His love affair with our club began in 1970, when he watched from the Allotments End as the U’s beat Gloucester City 3-0. Thereafter he followed the U’s through thick and thin, racking up countless thousands of miles on away trips that took him to all four corners of England and beyond.

With the first stirrings of the internet and the birth of the Moosenet user group came the first opportunity for his writings to be enjoyed by a wide readership. Andrew’s match reports – witty, lyrical, incisive – became the stuff of legend.

​You can now read Andrew's report by following the year below.

We will be adding further seasons shortly.